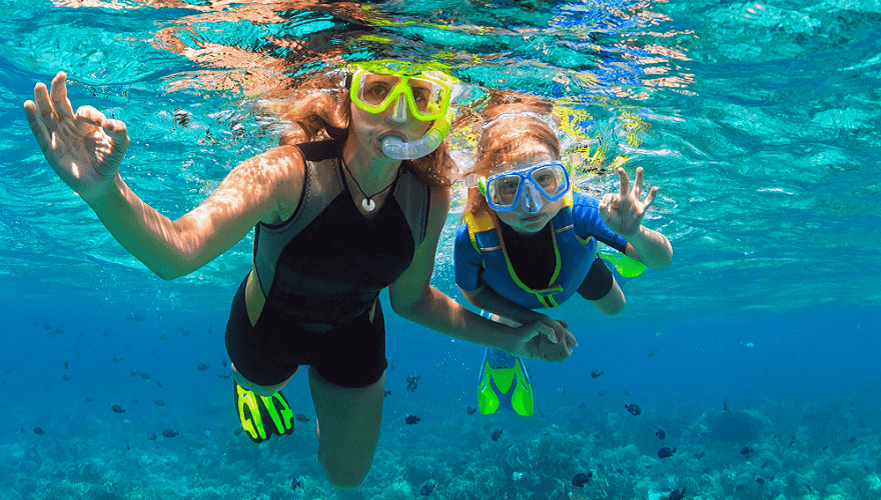 With increasingly cheaper flights becoming available and the promise of island adventures, more and more Australians are travelling to Hawaii each year. And what’s not to love? Between the beaches, volcanoes, surf spots and stunning views no matter where you look, we’re checking our calendars for potential departure dates right now! In the meantime, here’s our list of 16 of the best things to see, do and eat: 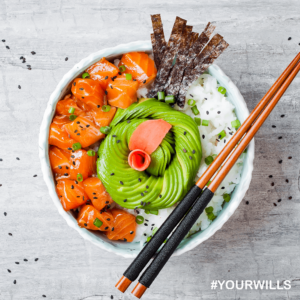 Junichiro Tsuchiya used to be a fish buyer at Tokyo’s Tsukiji Fish Market — he says, proudly, “I know good fish.” He and his brother run this speck of a seafood counter tucked inside Kekaulike Market in Honolulu’s Chinatown, serving impeccably seasoned poke. The Hawaiian limu poke has threads of crisp seaweed and a fine dusting of ‘inamona (roasted and crushed candlenut), while the ume shiso is a bright and restrained combination. For an extra-luxe experience, crown a poke bowl with a side of uni. 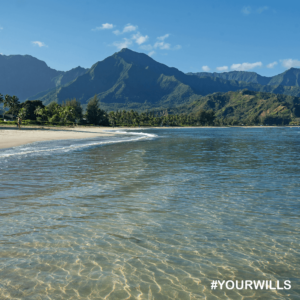 It’s no accident Kauai has produced some of the best professional and amateur surfers in the world. The island is the perfect place for surfers of all skill levels, from first-timers to world champions. Kauai’s white sand beaches and year-round trade winds make it the perfect surfing destination.

This beautiful half-moon bay on the North Shore is known for its consistent waves. Best of all, the bay has three distinct areas of swell that make it appropriately challenging for all skill levels. The picturesque mountains, gorgeous beach, and pristine waters make for some amazing sights, too. 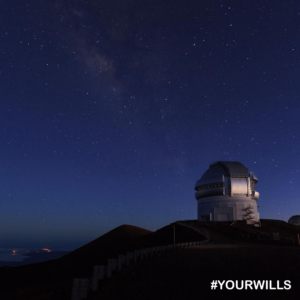 Experience big skies and incredible night time views on this Mauna Kea stargazing trip with a small group. Join no more than 28 guests for a pre-trip picnic at a historic Hawaiian ranch, proceeded by a ride in a 4×4 luxury van to the summit of the Big Island’s tallest peak. After admiring a sunset view, continue down to 9,000 feet (2,743 meters) for a stargazing session, complete with a telescope, hot chocolate, and dessert. The trip also includes a guide and a hooded parka to keep you warm. 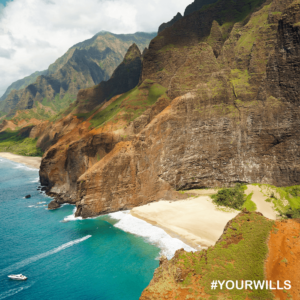 Though its real name is Kauapea, this isolated, half-mile stretch of sand is better known among locals as Secret Beach. The name fits: nestled between Kalihiwai Bay and Kilauea Point, it’s located far off the tourist track and accessible only by a rocky, unmarked trail. Lava rocks border the beach on both sides and jutting red cliffs cloaked by lush vegetation and cascading waterfalls form a dramatic backdrop. Be warned: though public nudity is illegal in Hawaii, the far east side of the beach is unofficially clothing-optional. 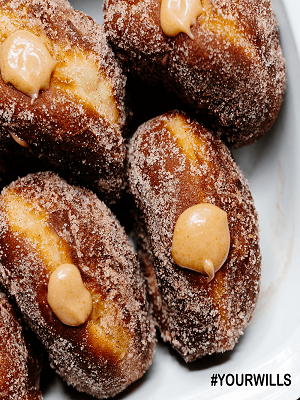 These sugary, no-hole doughnuts have stayed pretty true to the original that arrived with immigrants from Portugal to Hawaii. Early on, malasadas were saved for Fat Tuesday celebrations (like beignets and paczki), but these days, they’re an everyday treat. The traditional malasada is a simple yeasted, deep-fried dough rolled in sugar, either round or occasionally square, but never with a hole in the centre. Rich with eggs and butter, the best malasadas manage to be both light and chewy at the same time, served warm, with a fluffy, springy interior and a crisp outside. Nearly every place specialising in malasadas does cream- and fruit-filled versions as well, but those mean waiting until the malasada has cooled, which is less than ideal. At either end of the Big Island, Punalu’u Bake Shop and Tex Drive In serve malasadas worth stopping for. Punalu’u (the southernmost bakery in the US) does filled versions using the island’s tropical fruits, while Tex, on the north end, does the traditional plain version in the less common square shape. 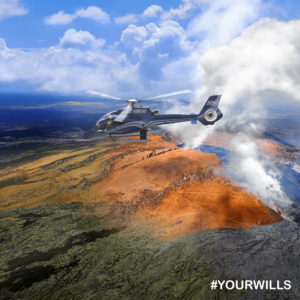 Experience Hawaii’s most impressive natural wonders by land and by air on this unforgettable Big Island adventure! Soar above a tropical river gorge on an 8-track zipline course that includes one of the longest lines in Hawaii, and fly over Mauna Loa and Kilauea volcanoes on a thrilling helicopter ride. Explore Hawaii’s explosive history with a guided trek through Hawaii Volcanoes National Park, and enjoy dinner with a glass of wine or wine tasting. 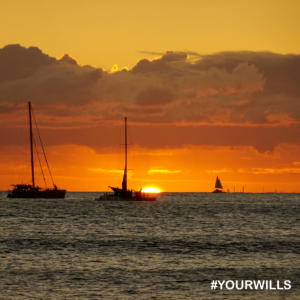 Experience a sunset unlike any other, sit back and relax as the friendly crew offer you complimentary snacks, bottled water, and soda. Guests 21 and older are welcome to BYOB and have a truly remarkable evening out at sea on the private boat charter. You can also host small or large parties on the Kahala Kai and wow your guests with picturesque skies that go on as far as the eye can see. Whether it’s a party of three or a large event of 25, the crew can accommodate you with ease. Spend the night enjoying the latest in marine amenities, including a comfortable covered cabin and high-quality stereo system. 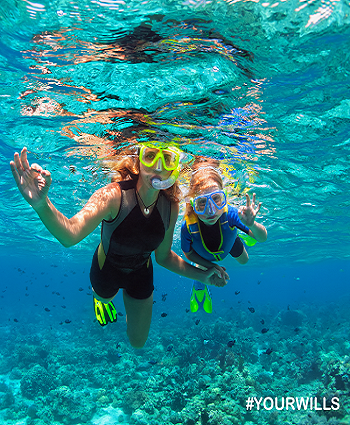 Every year, more than a million people get to swim with the fishes in a marine ecosystem located on the southeast coast of Oahu, 10 miles east of Waikiki. Hanauma (or curved bay) Bay is a former volcanic crater that became a protected marine life conservation area in 1967. Since then, it’s become an underwater park for snorkel enthusiasts, swimmers and anyone desiring to see more than 400 species of Hawaiian fishes including Hawaii’s state fish the humuhumunukunukuapua‘a, turtles and other marine life. Once you’re there, relax and savor Hanauma Bay’s breathtaking natural beauty. It’s been Native Hawaiians’ favourite escape for thousands of years and a place of entertainment and fishing for their royalty. Hanauma Bay has also been featured on various films including Blue Hawaii and the John Wayne film, Donovan’s Reef. 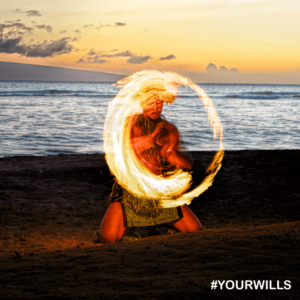 Te Au Moana is an unforgettable Maui Luau experience. ‘The Ocean Tide’ show is a unique Maui experience. Here, you can enjoy a sumptuous luau buffet, sample the handcrafted tropical cocktails and try your dance moves during the interactive show. 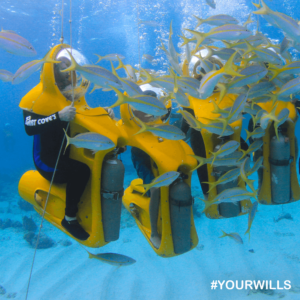 Discover the marine life of Oahu while riding your own electric underwater scooter during this 2-hour cruise from Honolulu, ideal for families and nature lovers. Set out on Maunalua Bay aboard a power catamaran that passes Diamond Head Crater on the way to your dive spot. Go underwater aboard the self-propelled scooter, which allows you to observe sea turtles, tropical fish, and other marine creatures up close without requiring any prior experience. 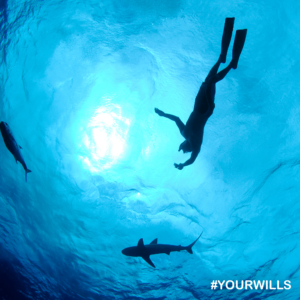 Leave your preconceptions about sharks at the door and get up close to these sleek creatures on this unique ocean experience. Head out from Haleiwa, on the North Shore of O’ahu, and spend roughly half an hour swimming with the sharks living in the area. Don’t worry, though: even if you aren’t swimming in a cage, you’re still in safe hands, with a guide on board and a safety diver swimming with each group. 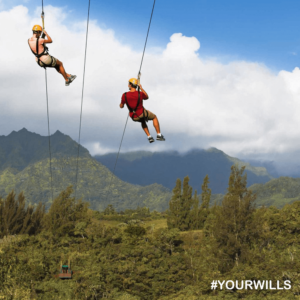 The daring have the option to fly head first—Superman-style–across eight lines on Kauai‘s Koloa Zipline. Skimming over a marsh and zipping through the forest are just a two of the unique lines guests can expect on the tour. It’s also possible to book a sunset or night excursion and fly under the light of the full moon. 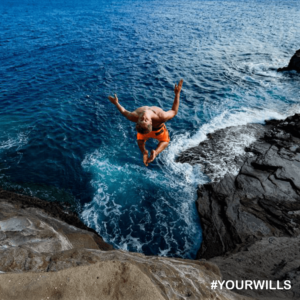 Spitting Cave is in the suburb of Portlock and is one of the biggest cliff jump spots on Oahu. The cliffs are similar to China Walls, which is just around the corner. However, everything at Spitting Cave is on a larger, grander scale. A small inlet feeds into a cave in the cliffs below and as the pressure builds inside the cave with each ebb and flows the water bursts out with huge force. On days with rough conditions in the ocean, the blasts from the cave are phenomenal. The cliffs drop down about 70 feet into the water although some ledges make it possible to jump in from lower. 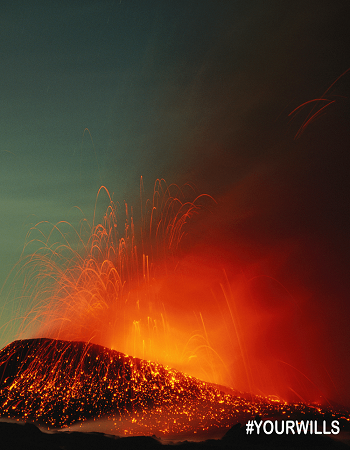 As you stand at the Kilauea Iki overlook you can see a lightly-etched trail stretching across the crater floor. From your 400 ft high vantage point you might be able to see little specks walking the path: those are people! The views of Pu’u Puai (gushing hill), a cinder cone that formed during the 1959 eruption at Kilauea Iki Crater, are also great from this vantage point.

Kilauea Iki is an approximately four-mile loop that takes 2-3 hours. It skirts the rim of the crater, dips down and across the floor and back up to the overlook. You can either take the Crater Rim Trail to the right around the rim of Kilauea Iki and then down to the crater floor then back up the other side or go left and begin the hike with the descent into the crater. We prefer the first option simply because you can enjoy the beauty of the rim rain forest at the beginning of the hike and the ascent is slightly less arduous. 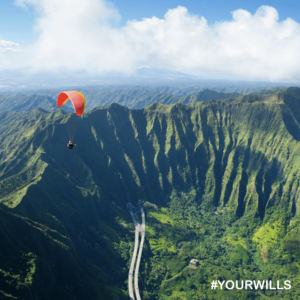 Experience Hawaii Paragliding along the beautiful Ko’olau Mountains of Oahu Hawaii. Feel the refreshing trade winds blow on your face as you soar along the scenic ridge line. The view is absolutely breathtaking high above the shoreline of the Island of Oahu Hawaii. 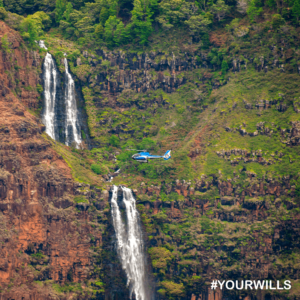 This is one of the coolest ways to check out the canyon. Nowhere can you get a more comprehensive understanding of its massive size than from above, seeing the way the side canyons split off and the amount of space it occupies.

And with that comes the adventure of being in a helicopter, zipping over the forests and the canyon and gaining access to remote areas that would otherwise be unreachable by car or on foot.